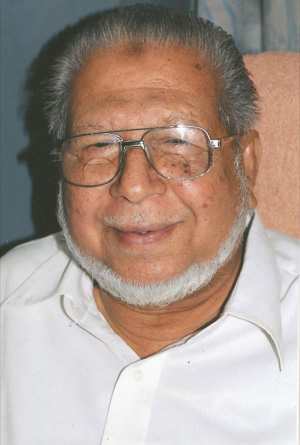 Dr.K.Mohideen Kunju Lebba started his school education in a reputed Sanskrit school in Kerala. His interest in Sanskrit language made him read many books written in sanskrit. Dr. K. Mohideen Kunju Lebba graduated with first rank from the Govt. Ayurveda Medical College, Thiruvananthapuram in the year 1949. He started practising under Chavara Govinda Pillai, a famous Ayurvedic Physician belonging to a family of traditional Ayurvedic Doctors.

In 1951, he started his own Ayurvedic Clinic in a small way, in his house which was known as `Vayaluveettil House’. At that time his close friend Dr.Faizee Ibrahim presented him with a bunch of `Thaliolas’ – dried leaves of a particular type of palm tree in which such matters were used to be written in olden days when the paper was not invented and this way of keeping records of written matter were quite common in olden days – containing details of traditional Ayurvedic medicines and treatments. This prompted him to go more deep into Ayurveda and ‘Panchkarma’.

He soon developed his own techniques and started preparing medicines from rare herbs and found the healing power of these wonderful plants. He wanted to share his knowledge with persons interested in Ayurveda and Panchkarma. Soon he established his own Ayurveda Hospital and named ‘K. M. K. Hospital’. Because of his medicinal curing techniques, the hospital has grown and for a better convienece of the people he has started many branches in India and abroad.

K.M.K. Hospital, Kunnicode, Kollam was establishes in the year 1954 by Dr. K. Mohideen Kunju Lebba. Patients all over India and abroad are visited this hospital for treatment. Effective, specific treatments are available in this hospital for paralysis, rheumatoid arthritis, spondylosis, psoriasis and allergic disorders, etc.Unique medicine are prepared from the medicinal plants grown in our herbal gardens, maintained by our hospital. The medicines are prepared with great care in the hospital’s manufacturing unit, under strict and vigilant supervision and quality control, following the ancient ayurvedic principles.K.M.K Hospitals with its more than 50 years of experience in the field of Ayurveda Healthcare has also started a Nursing Pharma and Marma College. 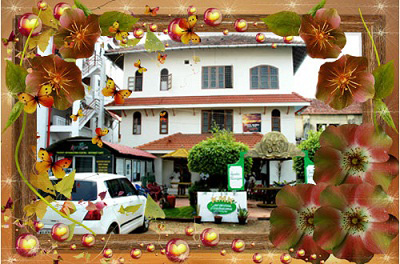 We manufacture our own Ayurvedic Medicines in our parent hospital premises at kunnicode (in Kollam District of Kerala State), following strict Ayurvedic principles and quality controls. We produce raw medicinal herbs from our own herbal gardens and sometimes we search far and wide for special and rare herbs which are not available in our collections. we also have simple medicines as home remedies for certain minor diseases / illnesses / disorders. This can be useful for simple ailments which do not require hospitalization.

Our medicine is available and used only in our hospitals and are not for commercial sale.